[lollum_dropcap]T[/lollum_dropcap]he Neolithic Period in the Hellas area spans according to archaeological finds the period between 6800-3200 BC. This period was characterized by a stabilization in climatic conditions and subsequently the organization of settlements of a permanent character, by an economy based on the systematic practice of farming, stock-rearing, the exchange of raw materials and products, the production of pottery, and by a multiformity in art. During this period the transition from the hunting, food-gathering and fishing stage that characterized the Palaeolithic and Mesolithic Periods, to the productive stage of the Neolithic took place.The study of the Neolithic Period in Greece was inaugurated with the archaeological investigations of Chr. Tsountas (1899-1906) in Thessaly. These investigations included of the location of 63 Neolithic sites and the excavation of certain settlements, such as Sesklo, Dimini, Argissa etc. The results of these first investigations were published by Tsountas in 1908 in the monumental volume on Greek Prehistory: Ai proistorikai akropoleis Diminiou kai Sesklou (The prehistoric citadels of Dimini and Sesklo).

Tsountas’ investigations in Thessaly were taken up by A. Arvanitopoulos (1906-1926) and A. Wace and M. Thompson (1907-1910). Both the latter archaeologists, besides the excavations they had conducted in the settlements of Rachmani, Tsangli etc., extended their investigation range to the south, with excavations at Lianokladi in Phthiotis, Elateia in Phocis and Chaironeia in Boeotia, but also to the north by locating Neolithic settlements in Macedonia. The results of this second investigation stage of the Neolithic in Greece were recorded by Wace and Thompson in 1912 in their work Prehistoric Thessaly. Macedonia was the region that, after Thessaly, attracted the interest of prehistoric research, with W. Heurtley (1924-1932) locating settlements and the French Archaeological School conducting excavations at Dikili Tash, Philippi at Kavala while G. Mylonas excavated Olynthos in Chalkidike.

Unlike Thessaly and Macedonia, our knowledge concerning the Neolithic Period in southern Greece, the Ionian and Aegean Islands and Crete is still limited since the focus of archaeological interest in those areas rested on the investigation of sites of the Classical Period and the centres of the Minoan and Mycenaean civilizations.

The results of the investigations of the first half of the 20th century allowed S. Weinberg (1947, 1954) to divide the Neolithic (a term established in 1865 by J. Lubbock) into Early, Middle and Late following the tripartite subdivision of the Minoan Period by A. Evans.

The systematic exvacations of D. Theocharis and V. Milojcic in settlements of Thessaly during the 1950s, 1960s and 1970s form the third important investigation period of the Neolithic. Excavations at such sites as Sesklo, Gentiki, Soufli Magoula, Achilleio, Argissa, Otzaki, Arapi Magoula, Ayia Sophia and Pefkakia, have contributed decisively to the study of the cultural development of Neolithic man and allowed the two above mentioned investigators to subdivide the Neolithic into more phases. At the same time as Thessaly, excavations were conducted in Macedonia (Nea Nikomedeia, Sitagroi), Thrace (Paradimi), the Cyclades (Saliagos), the Peloponnese (Franchthi, Diros), Crete (Knossos) and elsewhere.

During the last two decades of the 20th century, and while the number of recorded Neolithic sites amounts to approximately one thousand, Greek and foreign researchers, in an attempt to solve the problem of how the various Neolithic phases succeeded one another and how the finds from various regions correlate in time, are studying the various activities of Neolithic man, such as ways in which he interfered with the natural environment, the organization of settlements, economy, technology, etc. 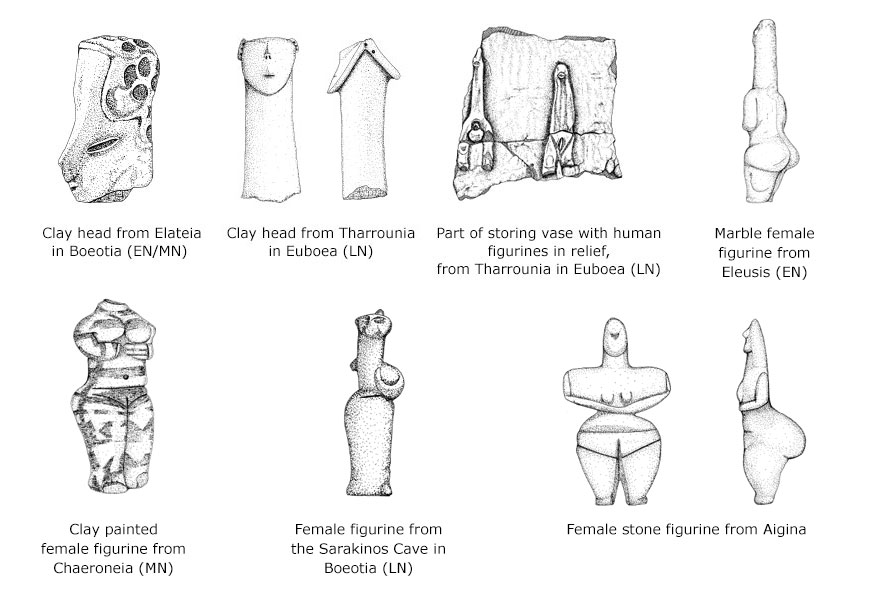 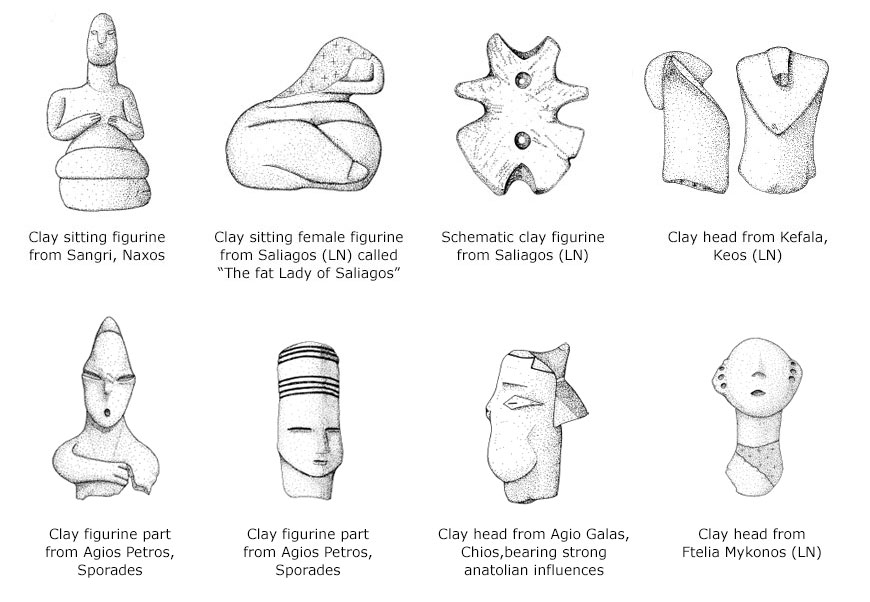